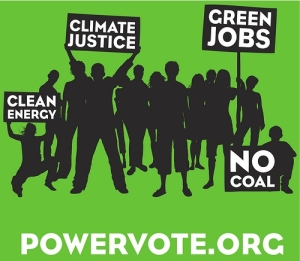 In the climate movement, the talk is buzzing, the plans and visions for a new society based on the power of community are running like wildfire across cyberspace and through a thousand conversations. Under-the-radar victories are already popping up, accompanied by the excited buzz of weather-worn twenty-somethings activists who have spent the last five or more years preparing for the opportunities to come. Alliances are forming, ponderous organizations starting to pick up unheard-of speed, and teams of youth strategists are working to figure out how we invent the new New Deal. The answers are all right here – uniting climate and energy solutions with economic security, geopolitical stability, domestic equity and global justice – and its time to make it happen.

A friend of mine used a simple expression on his GChat profile to capture what I think the climate movement is feeling these days:

END_OF_DOCUMENT_TOKEN_TO_BE_REPLACED

Growing up in Guatemala I had music all around me. I grew up with listening to music while washing the dishes, while taking a shower, while doing homework. I woke up to music and fell asleep with music. I believe there is something that only music can add to a moment, to a way of thinking, to a way of feeling and to society overall. Unfortunately I also come from a country where political races are largely characterized by the music accompanying each candidate and it is common to hear popular opinions like “I support this candidate because I like his/her campaign better, his/her song is too good to ignore and it’s always stuck in my mind, that’s why I’ll vote for him/her.”

I assumed that politics in the U.S. would be different and that songs would be a minimal part of it. However, thanks to a friend of mine, I came across a reggeaton song that made me feel like I was at home. Listening to the lyrics ‘cómo se dice, cómo se llama, OBAMA! OBAMA!’ with the reggaeton beat in the background surprised me and made me wonder how different are politics in the U.S. from those in Guatemala? So, after this song, I continued clicking on the list of related videos and found out that there is a variety of songs that endorse Obama’s candidacy, each adapted to different groups within the U.S.